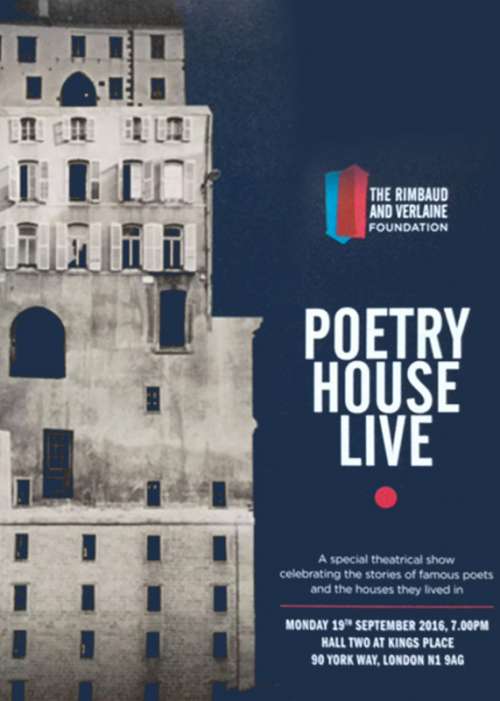 Curated by the Rimbaud and Verlaine Foundation

An original live theatrical performance featuring short mini-plays written by seven of Europe’s most exciting young playwrights, celebrating the houses once occupied by famous poets, and exploring the stories that took place within their walls.

Enjoy an evening in the company of the charming and exuberant Spanish poet Federico Garcia Lorca, the angry and disruptive French poet Arthur Rimbaud, the idealistic Lithuanian poet Salomeja Neris, and the fatally ill English poet John Keats, in a show that will explore the fascinating and disturbing world of these creative artists and the houses they inhabited.

Featuring a cast of outstanding young actors from GoodDog theatre company, performing in the round, this unique original drama will amuse, fascinate, shock and thrill audiences. Enjoy a piece of bravura theatre, and allow the actors to transport you through a series of interlocking rooms. From Iceland to Rome, Paris to the Baltic, London to Bucharest, there is always another poetry house to tell its story!

All the stories will be performed in English.

Curated by the Rimbaud and Verlaine Foundation